During seminary, the topic of forgiveness (both divine and interpersonal) was one to which I devoted a lot of time and study. So I was excited to see a new publication treating the subject from Kregel Publications.

In Forgiveness and Justice, Dr. Bryan Maier addresses the subject from the perspective of a professor, minister, and counselor. Of those three areas, the counseling focus and background come through most strongly. While there is engagement with the Biblical text, the book is not primarily academic. While there are clear applications to the use of these ideas in the context of a church body, it is not the main focus of the book. It is the counseling arena that informs the main ideas of the book and that receives the most attention.

Of particular note is Maier’s treatment of how the Imprecatory Psalms impact our idea of forgiveness. For instance, he discusses how and what we ask victims of abuse to do as they consider their situations and whether there can be any forgiveness there.

I found the book to be interesting and yet not what I expected. If I had come to it knowing more about its approach (more counseling than academic or pastoral) I feel that I would have benefited more from it.

Dr. Maier does a good job breaking down the idea of forgiveness, questioning what it is and is not, and forming a detailed definition that will give the reader much to consider. His expertise and experience with the topic are clear, and the book is written clearly and succinctly. I enjoyed it despite it not being exactly what I thought it might be.

Thanks to Kregel Publications  for the review copy, which I received for free in exchange for an impartial review! 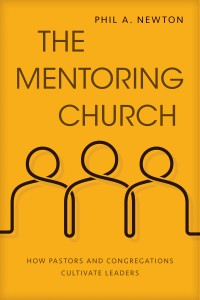 What does the book contribute to the conversation about churches and mentorship?

END_OF_DOCUMENT_TOKEN_TO_BE_REPLACED

The church is increasingly being understood from a global perspective. Looking backwards and summing up his two volumes on church history, Justo González says:

What González and others such as Philip Jenkins are doing for the history of the church, Scot McKnight attempts to do for the future of the church. In A Fellowship of Differents, McKnight casts a Biblical vision for the church as God intended. So how does he fare?

While his authority on New Testament interpretation, background, and context shines through admirably at times, A Fellowship of Differents is an uneven offering that does not live up to McKnight’s ambition for it.

END_OF_DOCUMENT_TOKEN_TO_BE_REPLACED

One of the more common complaints Christians have about their church revolves around the type of music you’ll hear on a given Sunday there. The phrase “worship wars”–which by all rights should be an oxymoron–sadly is all too familiar to a host of Christians. I recently came across some complaints to pastors from fans of “traditional” music regarding that newfangled, altogether too loud, and plain offensive noise they’re calling “music” these days. They’re all from different decades but the same theme runs through them. Here they are:

“Pastor, I am not music scholar, but I feel I know appropriate church music when I hear it. Last Sunday’s new song, if you call it that, sounded like a sentimental love ballad one might expect to hear crooned in a saloon. If you persist in exposing us to rubbish like this in God’s house, don’t be surprised if many of the faithful look for a new place to worship. The hymns we grew up with are all we need.” -From ’65

“Was it the organist’s idea or yours that our peaceful worship service was shattered by that new song last Sunday? The music was sacrilegious; something one would expect to hear in a den of iniquity, not a church! Don’t expect me even to attempt to sing it next time!” -From ’74

“What’s wrong with the inspiring hymns with which we grew up? When I go to church, it is to worship God, not to be distracted with learning a new song. Last Sunday’s was particularly unnerving. While the text was good, the tune was unsingable and the new harmonies were quite discordant.” -From the 90’s

Ouch! Them there’s some strong words aimed at contemporary music. But just which songs are the guilty parties? Well they might not seem too “contemporary” to us, seeing as how they’re all hymns that are over a hundred years old. (In each letter the phrase “new song” was originally “new hymn”)

The first complaint is from a letter written in 1865 regarding the hymn “Just As I Am.” The second is from a letter written in 1874 complaining about the hymn “I Love To Tell The Story.” And the final one is from an 1890 letter to a minister complaining about the new hymn, “What A Friend We Have in Jesus.” (As a disclaimer, they were all found online, so take them with a grain or two of salt haha).

Sadly, it seems this is nothing new in the history of the Church. In fact, Isaac Watts, considered the Father of English Hymnody, created a storm of controversy in the early years of the 18th Century when he started writing “human centered” songs like…oh, I dunno…“When I Survey The Wondrous Cross”!

While we Protestants are quick to whip out phrases like “Sola scriptura!” and decry any and and all forms of (ohhh so evil!) tradition, it seems that (all too often) we still have our own traditions that are clothed/disguised as preferences…until they are threatened by the new. May we all (myself especially included) be quick to be gracious, slow to condemn, and remember that these at best tertiary issues.

How does your church deal with addressing the varying preferences for traditional versus contemporary worship? Different services with different musical styles? One service with a mishmash of styles? Only one or the other of the styles? And more importantly-How does that choice affect the makeup and unity of the congregation?